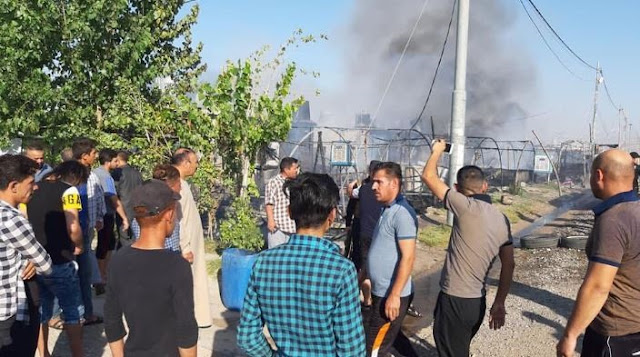 A fire at the Chamishko Camp in Duhok’s Zakho distinct in Northern Iraq, destroyed the tents and possessions of 22 families on Tuesday.

According to Salim Said, the head of Humanitarian Affairs in Duhok, the fire broke out at around 07:00 am in Chamishko, which hosts families who were displaced from the Sinjar region by ISIS.
Salim stated: “The firefighting teams extinguished the fire after several hours before it spread any further.”

In 2018, authorities at the Chamishko Camp started a campaign among the camps residents, to raise awareness around the dangers of fires, where the majority of people are still living in tents.

Although no lives were lost on this occasion, the risk of fire remains a vulnerability for displaced people across Iraq. 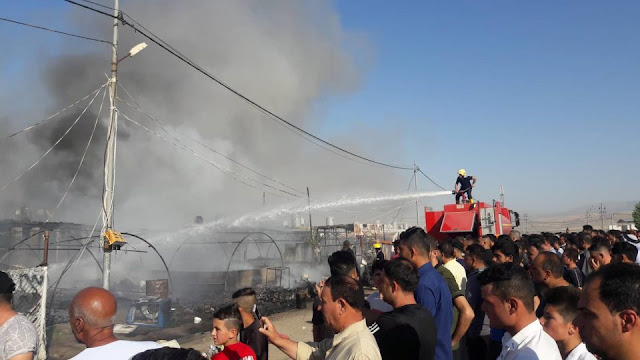 Charities like the AMAR Foundation are working in these camps and are supporting families like those in Chamishko Camp. Everyday, AMAR supports people to minimise the risk of a fire outbreak.

If you work for the Fire Service, are a member of the Fire Brigade Union, UNISON, UNITE or you're a concerned citizen who is wanting to help, then please support us to further minimise these risks.

Please call the AMAR Foundation on 0207 799 2217 and speak with a member of staff about AMAR's work in Iraq's IDP camps, or visit www.amarfoundation.org for more information.